One of the most significant and most sensitive issues that come to light in every divorce case all over the world is that of child custody.

It is important to decide as to who gets to care for the child or children and who the child gets to live with, considering other questions relating to the nature of visiting rights. Some of the critical factors involved in child custody in California include ‘the best interests of the child in question’ as well as ‘the ability of custodial parents to properly care for the child.’

The best interests of the child/children come first

Courts in the state of California for one are mostly concerned about what favors the child and as such is the best interests of the child. It is vital to treat child custody as a highly sensitive case as divorces, and likewise, other family fractures can significantly affect a child and their life in general. There is no doubt that the child’s home and circumstances in the family can have irreparable effects on the child involved in a child custody case. For this reason, child custody rulings in California are scrutinized by the courts, and a good number of factors are taken into consideration before decision making. In California, child custody is of two types; one of which is physical custody and the other is legal custody.

Legal custody entails being able and having the power to make the significant decision as regard to the child’s welfare, education, health and other essential areas of life of the child. However, physical custody gives the parent the power to have the child live with him/her under the same roof; in other words, physical custody allows the child to stay with a particular parent. As stated earlier, child custody takes a good number of factors into consideration before courts in California can reach a verdict. Some of these factors include:

The courts in California excel in their ability to properly award child custody since they do not just award custody to either parent irrespective of the reason. For instance, merely because a child is 15 years of age and female doesn’t mean that the court will automatically assume that the best person capable of looking after the child is the mothers naturally. Disability, lifestyle, and marital status, as well as religion, are also not criteria’s for awarding child custody. The courts in California take into consideration all possible factors and take a good look at the bigger picture when considering what is best for the child.

If the possibility of giving child custody to either parent will in any way harm the child in any way, be it emotionally or physically, it is the role of the court to award child custody to an entirely different person that is not the parent. In most cases like this, a person very much interested in being the child’s guardian takes the step in seeking permission to be a custodian of the child resting his/her case on the fact that either of the child parents is unfit to care for the child, or would fail in an attempt to. If the court believes this to be true and sees that it’s in the best interest of the child, legal and physical custody of the child is awarded to the guardian. 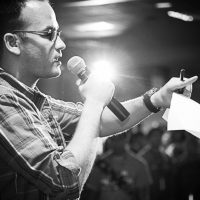